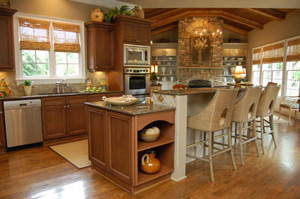 The city of Alpharetta has a history dating back to a time when it was nothing more than a small trading town called New Prospect Camp Ground. In 1858, this small community was declared the seat of Milton County and was renamed Alpharetta – Milton County was then absorbed into Fulton County. Today, this metro Atlanta city is a thriving community where residents are involved in year-round activities, local organizations, clubs and volunteer endeavors. A great place it live, work and play, Alpharetta boasts a dog park for pet lovers; Big Creek Greenway with an eight-mile walking path and other park facilities; as well as the new Verizon Wireless Amphitheater and North Point Mall.

The easiest route to Alpharetta is major Highway 400. Downtown is located roughly between Highway 400 – Turner McDonald Parkway – Highway 140 and Highway 120 – Alpharetta Highway. You can view more specific maps and directions from the city’s official website.

Alpharetta is part of the Fulton County School System; it has 15 elementary schools, seven middle schools and four high schools. In addition, there are private schooling options and an Environmental Education Center. You can read more about Alpharetta schools from the city’s official website.

Patti is the consummate professional in all of her real estate transactions.  One of the best in the business.